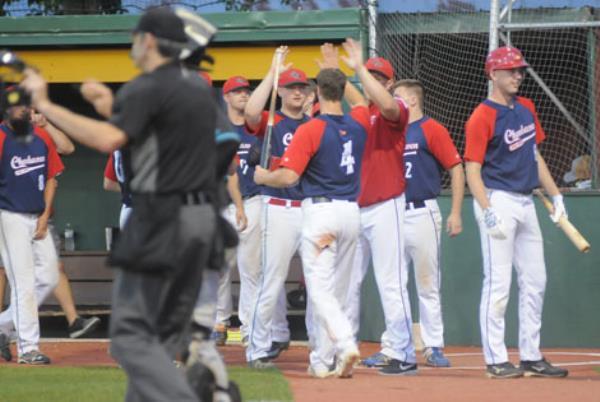 Class B roundup at Dassel: Straka strikes again for Chanhassen in win over Northfield
Posted on Aug 24, 2019

The path to repeating as Class B state champion has proven fraught with dangers and Chanhassen tiptoed along that road once again Friday but the Red Birds advanced once again via a 2-0 victory over Northfield at Dassel.

Chanhassen won its state tournament opening game last Friday when Aaron Pfaff hit a single with the bases loaded with one out in the bottom of the ninth inning against Champlin Park. The Reb Birds didn’t wait that long to score against the Knights but then again they didn’t put on the hitting display like they did a year ago en route to the Class B title.

Chanhassen pulled ahead 1-0 in the fourth inning after Shawn Riesgraf singled to left field to score Michael Jurgella from second base.

Once again Straka faced a competent counterpart on the mound in Northfield starter Jake Mathison. Mathison danced in and out of limited trouble to throw eight innings. He allowed two runs on six hits, struck out seven and walked two.