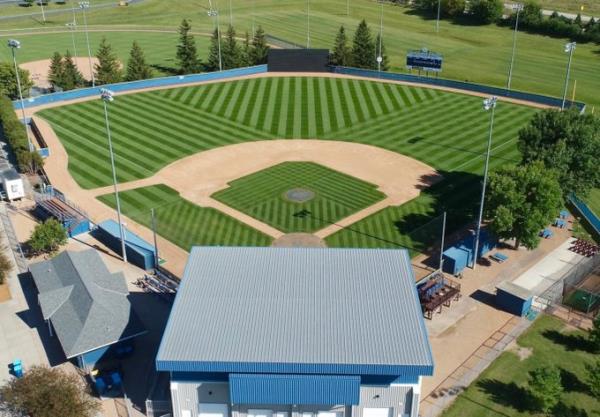 After a one, two, three 1st inning for both teams, the Moorhead Brewers got the boys from the Northwoods starting their run for the day at Shakopee. After a single with force out at second base from Tanner Adam, and Mike Peschel got caught stealing at second, the Brewers had two outs when the runs started to score. Brandt Kolpack got walked and then used that speed to steal second while Chandler Ibach started his game where he went 2 for 3 with a single, scoring Kolpack and giving the Moorhead Brewers their first lead of the game.

A costly error by the Brewers pitcher David Ernst in which Jeff Butler got not just first, but scoring position based the error Ernst committed putting the momentum in the Prior Lake Jays favor. Joe Loftus hit a single to advance Jeff Butler to third. The lead was changed; when Mitchell Goodwin hit a double, that got Butler home and Loftus to third base putting two runners in scoring position for more. You would typically think the next stat line would say Rob Frederick hit a single to score Loftus, but that was not even close to it. Frederick swung at strike three, but due to the wild pitch was able to reach first, and Joe Loftus was able to score to get Prior Lake a 2-1 lead over Moorhead going into the top of the fourth.

The Jays held that small lead for only one inning, putting Moorhead in front for good for the rest of the game. At the bottom of the 5th, Chandler Ibach connected on his 2nd single of the ball game, and he got lucky breaks on the basepaths. Ibach moved on back to back passed balls, putting him at the 3rd base very quickly. It was a Matt Oye single to score in Ibach to give us a tie for a short period. Denver Blinn was the guy that turned this game over for Moorhead with his RBI single that scored Oye to give the Brewers the lead for good. After getting on with a walk, Spencer Flaten sat on base for a while but got the 3rd run of the inning by stealing home, giving the Brewers a 4-2 lead to close out the 5th inning.

Jayse McLean started a one-run inning in the 7th inning with a single. While Denver Blinn got up to bat, McLean kept moving on the base paths, which again two wild pitches put him on third base. The next batter Joe Hallock saw another wild pitch and would score Jayse McLean to get the Brewers up 5-2.

The hottest inning on the night came for the Brewers in the 8th, where they scored five more runs. The pitching change to Matt Cady broke this game back for no return possible for the Jays. Chris Clemenson, Derek Dormanen, Denver Blinn, Joe Hallock, were the contributors of the 5 RBIs with Hallock knocking in 2 to give the Moorhead Brewers a 10-2 win over the Prior Lake Jays.

Moorhead will play in my opinion one of the toughest opponents in Dundas, who tallied 23 hits on Saturday afternoon. They will play next Saturday at 7 PM at The Joe in Shakopee.