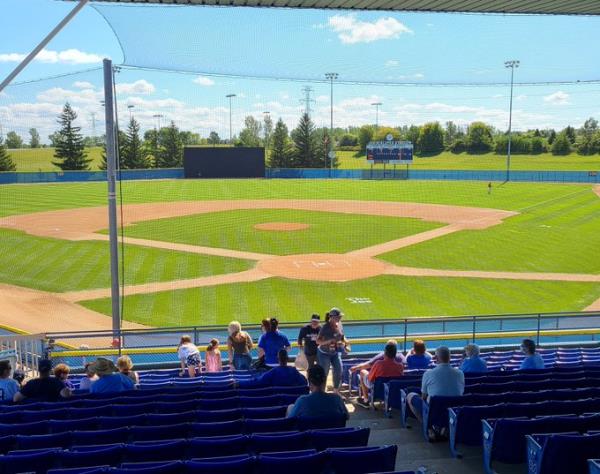 A bit of well-executed “small ball” made the difference for the defending champion Chanhassen Red Birds in their 2-1 win over the Miesville Mudhens Sunday afternoon at The Joe in Shakopee. The win put the Red Birds in the cat bird’s seat in the 2020 Class B State Tournament. They will face the Moorhead Brewers, the other team still in the winners bracket.

With the score knotted at 1 in the bottom of the eighth, Deryk Smith led off the inning with a hit deep into the hole, which Mudhens shortstop Max Gamm gloved but was unable to do anything with. Ryan Diers dropped down a sacrifice bunt, moving Smith to second. Aaron Pfaff’s ground out to second moved Smith to third. Brandon Arnold slapped a single to left field, plating Smith with what would turn out to be the game-winning run and ended Deryk Marks’ excellent stint on the mound. Chris Olean replaced Marks and got the final out of the inning, inducing a groundout off the bat of Michael Jurgella.

Red Bird catcher Ben Livorsi’s second-inning home run was the only run in the game until the top  of the seventh. With one out, Mudhen left fielder Austin LaDoux drew a full-count walk off of Red Birds starter Thomas Thompson and advanced to second on a wild pitch. Matt VanderBosch then singled up the middle to drive in the tying run.

Thompson allowed one run on four hits and two walks while striking out three to pick up the W. Chris Choles allowed one hit in two innings of relief with two strikeouts to earn the save.

VanderBosch had a perfect 3-for-3 day at the plate as well as the game-winning RBI.