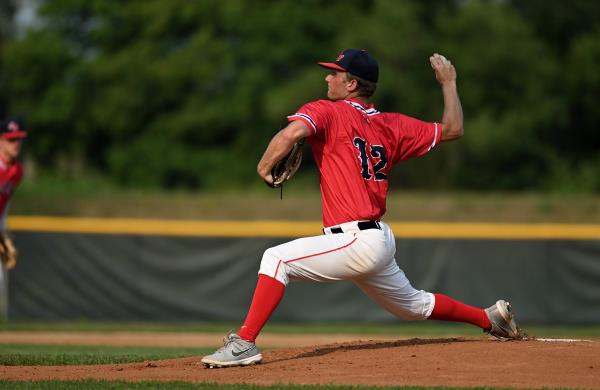 Burnsville's pitching staff held top-ranked Chanhassen to nine total hits, putting up zeroes on the board defensively the first four innings in both Section 3B match-ups Aug. 8 and 12.

Yet it was the Red Birds, the three-time defending Class B champions, that won, clinching the section title, earning one of four No. 1 seeds into the state tournament, which begins Aug. 20 in Chaska, Waconia, and Hamburg.

Like in the first post-season meeting, Chanhassen put together what little offense they had in the middle frames. Scoreless into the fifth inning, a Mitch Cummins walk, Aaron Pfaff RBI-single, Brandon Arnold double, and Michael Jurgella RBI-single led to two runs.

Justin Arnold doubled in the sixth inning, eventually scoring on a wild pitch for the 3-0 final score.

The Red Birds scored single runs in the fifth and sixth innings on an error and a solo home run from Zach Hoffmann in the first win four days earlier.

Whether it starting pitcher John Straka (six innings, three hits allowed, four strikeouts) or the bullpen of Chris Choles, Kody Dalen and Miles Nablo (one inning each, one total runner allowed), Chanhassen was in good hands.

Burnsville had just one runner reach second base for the game, and that was due to an error.

Burnsville (No. 2 seed), Victoria (No. 3 seed) and Chaska (No. 4 seed) are the other state qualifiers from Section 3B.